H.R. 5440 (114th): To amend the Internal Revenue Code of 1986 to allow certain regulated companies to elect out of the public utility property energy investment tax credit limitation in the case of solar energy property. 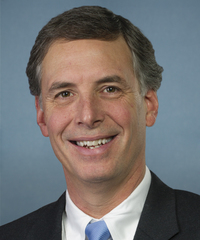 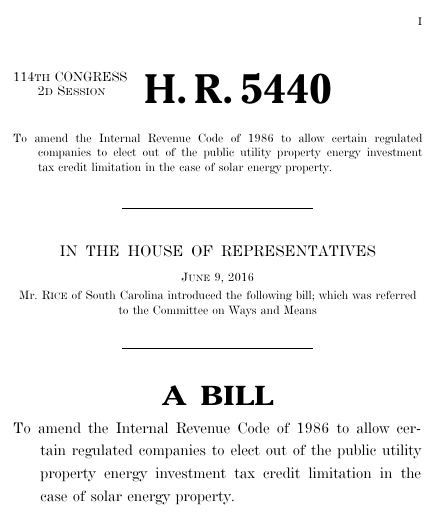 This bill was introduced on June 9, 2016, in a previous session of Congress, but was not enacted.

To amend the Internal Revenue Code of 1986 to allow certain regulated companies to elect out of the public utility property energy investment tax credit limitation in the case of solar energy property, H.R. 5440, 114th Cong. (2016).