H.R. 5729 (114th): To prohibit the Secretary of the Treasury from issuing certain licenses in connection with the export or re-export of a commercial passenger aircraft to the Islamic Republic of Iran, to require annual reports by the Secretary of the Treasury and the Export-Import Bank on financing issues related to the sale or lease of such a commercial passenger aircraft or spare parts for such an aircraft, and for other purposes. 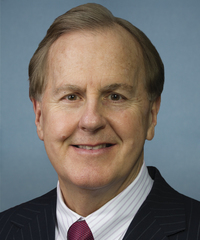 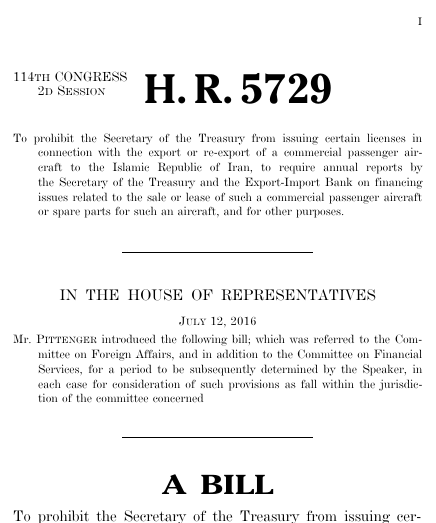 Bills numbers restart every two years. That means there are other bills with the number H.R. 5729. This is the one from the 114th Congress.

GovTrack.us. (2022). H.R. 5729 — 114th Congress: To prohibit the Secretary of the Treasury from issuing certain licenses in connection with the …. Retrieved from https://www.govtrack.us/congress/bills/114/hr5729

To prohibit the Secretary of the Treasury from issuing certain licenses in connection with the export or re-export of a commercial passenger aircraft to the Islamic Republic of Iran, to require annual reports by the Secretary of the Treasury and the Export-Import Bank on financing issues related to the sale or lease of such a commercial passenger aircraft or spare parts for such an aircraft, and for other purposes, H.R. 5729, 114th Cong. (2016).