Whenever you buy food, nutrition facts tell you how many calories, sugar, saturated fat and other vitamins are in your product. The government also mandates disclosure on elements of other products too. But not for oil, where a consumer generally doesn’t know where in the world their product at the gas pump comes from and what its environmental impact may be.

Last week Rep. Jared Huffman (D-CA2) introduced H.R. 6082, the Know Your Oil Act. Under current law, an agency within the Department of Energy (DOE) can analyze and report on some greater trends regarding greenhouse gas emissions. This bill would require the DOE to collect far more data for public release, including “greenhouse gas emissions during extraction, refining, and combustion,” oil field locations, … 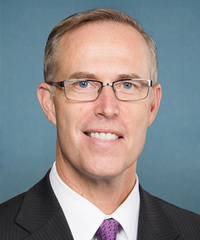 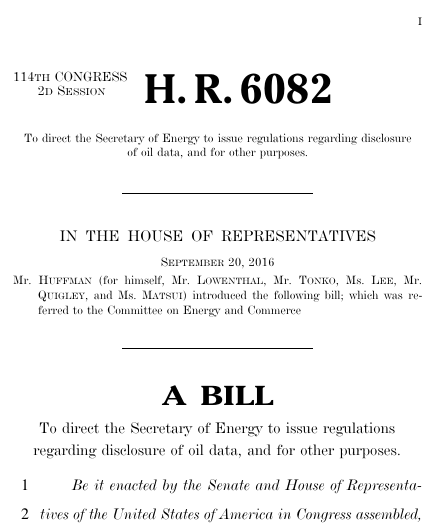 This bill was introduced on September 20, 2016, in a previous session of Congress, but it did not receive a vote.

Bills numbers restart every two years. That means there are other bills with the number H.R. 6082. This is the one from the 114th Congress.