H.R. 6175 (114th): To amend the Immigration and Nationality Act to facilitate the removal of aliens identified in the terrorist screening database, and for other purposes. 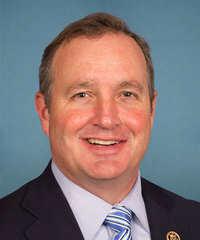 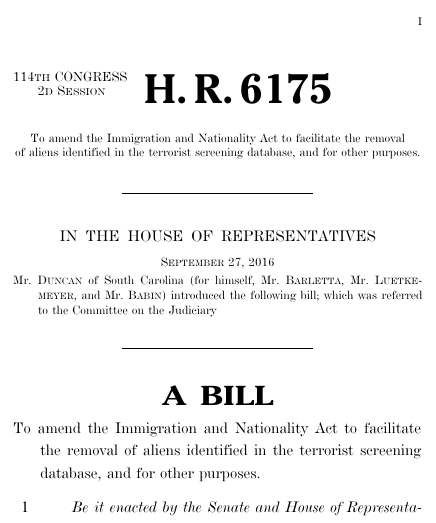 Bills numbers restart every two years. That means there are other bills with the number H.R. 6175. This is the one from the 114th Congress.

GovTrack.us. (2022). H.R. 6175 — 114th Congress: To amend the Immigration and Nationality Act to facilitate the removal of aliens identified in …. Retrieved from https://www.govtrack.us/congress/bills/114/hr6175

To amend the Immigration and Nationality Act to facilitate the removal of aliens identified in the terrorist screening database, and for other purposes, H.R. 6175, 114th Cong. (2016).