H.R. 6198 (114th): To provide that no alien may be naturalized as a citizen of the United States until such time as the Director of U.S. Immigration and Customs Enforcement completes the digitization of all remaining paper-based fingerprint records for inclusion in the Automated Biometric Identification System (IDENT) of the Department of Homeland Security, and for other purposes. 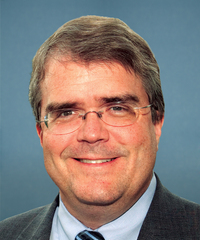 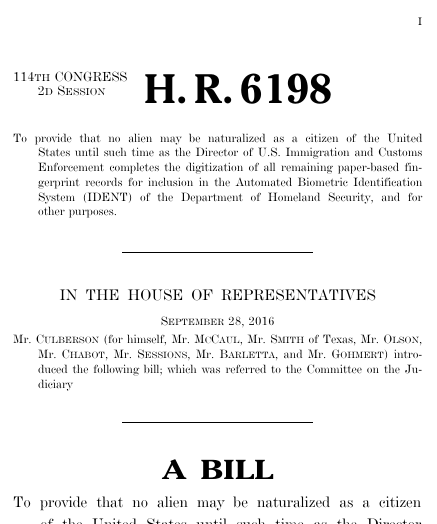 Bills numbers restart every two years. That means there are other bills with the number H.R. 6198. This is the one from the 114th Congress.

To provide that no alien may be naturalized as a citizen of the United States until such time as the Director of U.S. Immigration and Customs Enforcement completes the digitization of all remaining paper-based fingerprint records for inclusion in the Automated Biometric Identification System (IDENT) of the Department of Homeland Security, and for other purposes, H.R. 6198, 114th Cong. (2016).