The average national gas price is currently $2.12 per gallon —down about half from the July 2008 peak of $4.11 per gallon. Recently gas prices had fallen for 50 of 51 days. Sounds like great news? Not entirely. Some Members of Congress think it represents a potentially missed opportunity that, if Congress fails to act now, may never come up again.

The issue is that the federal Highway Trust Fund is underfunded, to the point that it’s projected to run out of cash on hand this month. The American Society of Civil Engineers projects a $846 billion gap just in the next five years alone between what the country has budgeted to pay for roads, bridges, and transit and what those projects will actually cost. As … 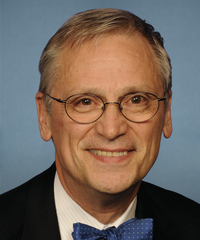 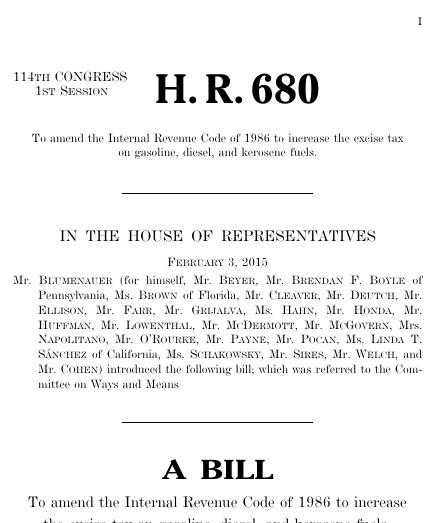 Bills numbers restart every two years. That means there are other bills with the number H.R. 680. This is the one from the 114th Congress.