The Puerto Rico Statehood Admission Process Act, H.R. 727, would begin a process for making Puerto Rico the 51st U.S. state. The bill was introduced by Pedro Pierluisi (D-PR), the island’s delegate to Congress who can introduce, cosponsor, and weigh in on bills, but cannot cast a vote.

H.R. 727 would set the first-ever federally-sponsored vote in Puerto Rico in 2017 on whether the territory should become a state. A locally-sponsored nonbinding referendum on the same question in 2012 received overwhelming approval in favor of statehood: 61 percent for statehood, 33 percent for the status quo, and 6 percent for independence.

If a majority of Puerto Rican voters again favor statehood in this federally-sponsored vote, the bill would allow Puerto Ricans to ... 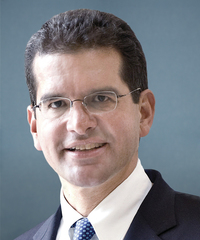 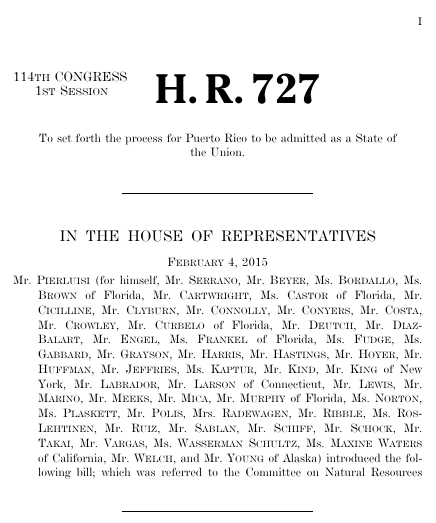 Bills numbers restart every two years. That means there are other bills with the number H.R. 727. This is the one from the 114th Congress.