H.Res. 198 (114th): To establish standards defining impeachable “high crimes and misdemeanors” within the meaning of Article II, section 4 as applied to the President of the United States. 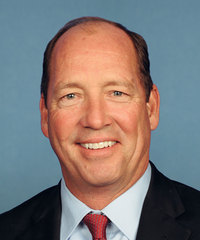 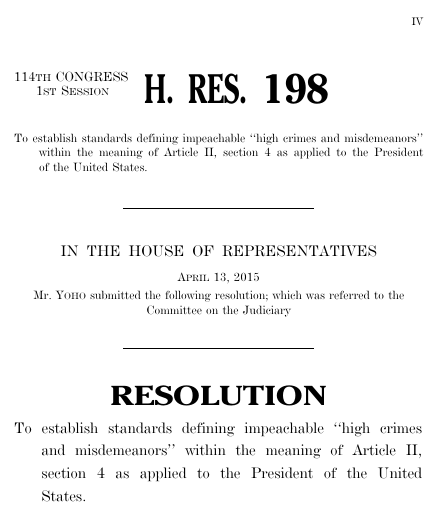 This resolution was introduced on April 13, 2015, in a previous session of Congress, but it did not receive a vote.

Resolutions numbers restart every two years. That means there are other resolutions with the number H.Res. 198. This is the one from the 114th Congress.

To establish standards defining impeachable “high crimes and misdemeanors” within the meaning of Article II, section 4 as applied to the President of the United States, H.R. Res. 198, 114th Cong. (2015).