H.Res. 220 (114th): Condemning the Government of Iran’s state-sponsored persecution of its Baha’i minority and its continued violation of the International Covenants on Human Rights. 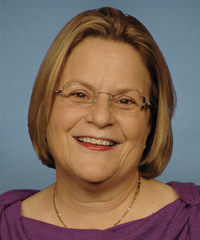 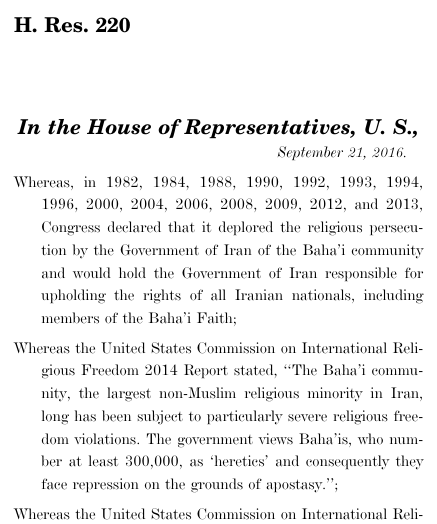 Resolutions numbers restart every two years. That means there are other resolutions with the number H.Res. 220. This is the one from the 114th Congress.

GovTrack.us. (2021). H.Res. 220 — 114th Congress: Condemning the Government of Iran’s state-sponsored persecution of its Baha’i minority and its continued violation ... Retrieved from https://www.govtrack.us/congress/bills/114/hres220

Condemning the Government of Iran’s state-sponsored persecution of its Baha’i minority and its continued violation of the International Covenants on Human Rights, H.R. Res. 220, 114th Cong. (2015).