H.Res. 327 (114th): Recognizing the three-year anniversary of the Deferred Action for Childhood Arrivals program, which permits young people who were brought to the United States by their parents as children to remain temporarily in the United States and make meaningful contributions to our country. 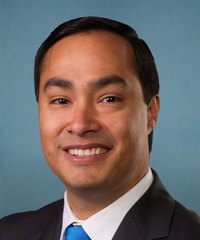 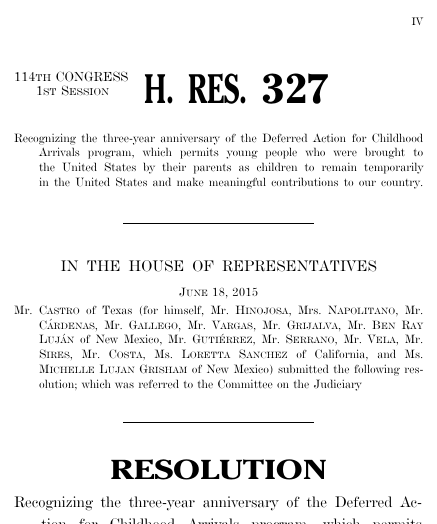 This resolution was introduced on June 18, 2015, in a previous session of Congress, but it did not receive a vote.

Resolutions numbers restart every two years. That means there are other resolutions with the number H.Res. 327. This is the one from the 114th Congress.

Recognizing the three-year anniversary of the Deferred Action for Childhood Arrivals program, which permits young people who were brought to the United States by their parents as children to remain temporarily in the United States and make meaningful contributions to our country, H.R. Res. 327, 114th Cong. (2015).