H.Res. 493 (114th): Recognizing Connecticut’s Submarine Century, the 100th anniversary of the establishment of Naval Submarine Base New London, and Connecticut’s historic role in supporting the undersea capabilities of the United States. 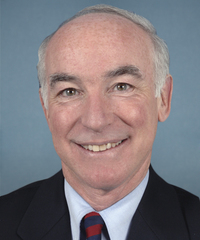 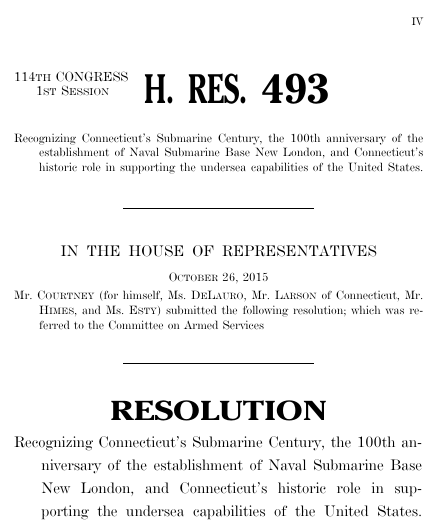 This resolution was introduced on October 26, 2015, in a previous session of Congress, but was not enacted.

Resolutions numbers restart every two years. That means there are other resolutions with the number H.Res. 493. This is the one from the 114th Congress.

Recognizing Connecticut’s Submarine Century, the 100th anniversary of the establishment of Naval Submarine Base New London, and Connecticut’s historic role in supporting the undersea capabilities of the United States, H.R. Res. 493, 114th Cong. (2015).