Are too many Hollywood films being edited at Beijing’s request? Jun 5, 2020 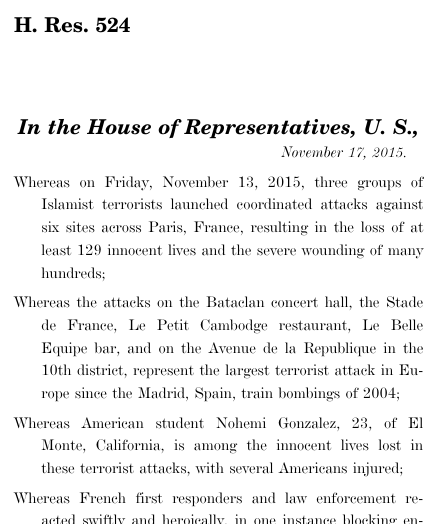 Resolutions numbers restart every two years. That means there are other resolutions with the number H.Res. 524. This is the one from the 114th Congress.