H.Res. 572 (114th): Celebrating the 50th anniversary of the Texas Western College’s 1966 NCAA Basketball Championship and recognizing the groundbreaking impact of the title game victory on diversity in sports and civil rights in the United States. 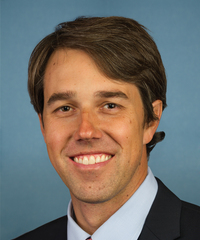 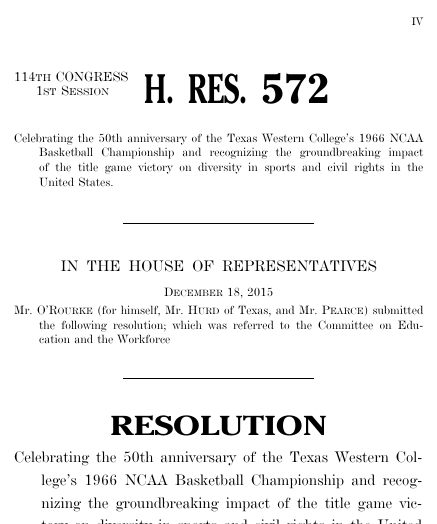 This resolution was introduced on December 18, 2015, in a previous session of Congress, but it did not receive a vote.

Resolutions numbers restart every two years. That means there are other resolutions with the number H.Res. 572. This is the one from the 114th Congress.

Celebrating the 50th anniversary of the Texas Western College’s 1966 NCAA Basketball Championship and recognizing the groundbreaking impact of the title game victory on diversity in sports and civil rights in the United States, H.R. Res. 572, 114th Cong. (2015).