H.Res. 780 (114th): Urging respect for the constitution of the Democratic Republic of the Congo in the democratic transition of power in 2016. 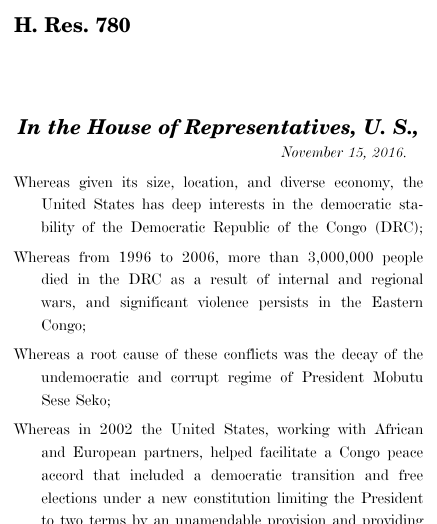 GovTrack.us. (2020). H.Res. 780 — 114th Congress: Urging respect for the constitution of the Democratic Republic of the Congo in the democratic ... Retrieved from https://www.govtrack.us/congress/bills/114/hres780