A bill to expand eligibility for the program of comprehensive assistance for family caregivers of the Department of Veterans Affairs, to expand benefits available to participants under such program, to enhance special compensation for members of the uniformed services who require assistance in everyday life, and for other purposes. 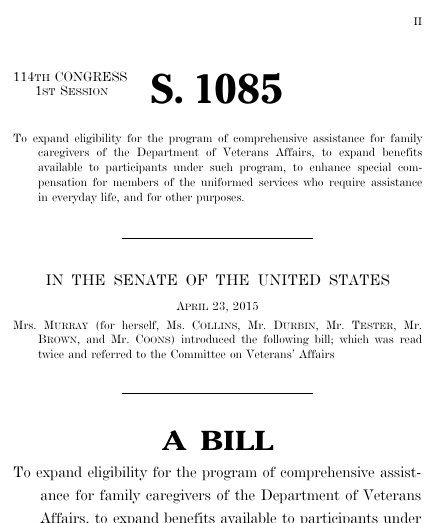 Bills numbers restart every two years. That means there are other bills with the number S. 1085. This is the one from the 114th Congress.