A bill to clarify that noncommercial species found entirely within the borders of a single State are not in interstate commerce or subject to regulation under the Endangered Species Act of 1973 or any other provision of law enacted as an exercise of the power of Congress to regulate interstate commerce. 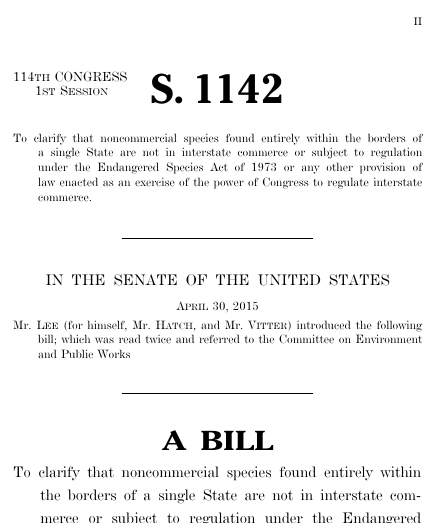 This bill was introduced on April 30, 2015, in a previous session of Congress, but was not enacted.

Bills numbers restart every two years. That means there are other bills with the number S. 1142. This is the one from the 114th Congress.