This is the second incarnation of the Trade Facilitation and Trade Enforcement Act of 2015, which includes a variety of requirements on trade protection and general trade policy. It would authorize and fund United States Customs and Border Protection (CBP), an agency within the Department of Homeland Security. CBP regulates trade of foreign products entering the United States. The funding for CBP would be used to improve the Automated Commercial Environment that the CBP uses to track imported and exported goods. The bill would expand requirements on imports to ensure health, safety, and the protection of intellectual property rights. It includes provisions to prevent “dumping,” a method of predatory pricing used by foreign companies to undercut local markets and drive away competition, and to protect the United States from currency ... 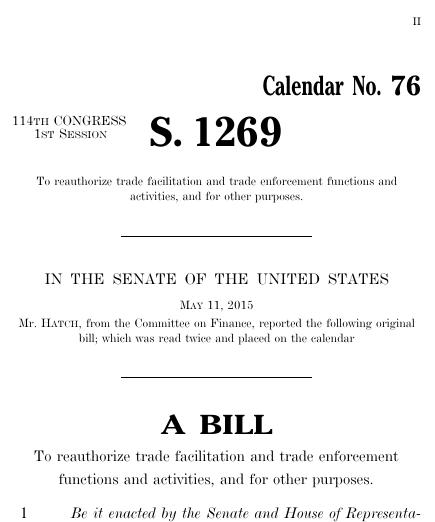 Bills numbers restart every two years. That means there are other bills with the number S. 1269. This is the one from the 114th Congress.