A bill to require the Secretary of Energy to establish a pilot competitive grant program for the development of a skilled energy workforce, and for other purposes. 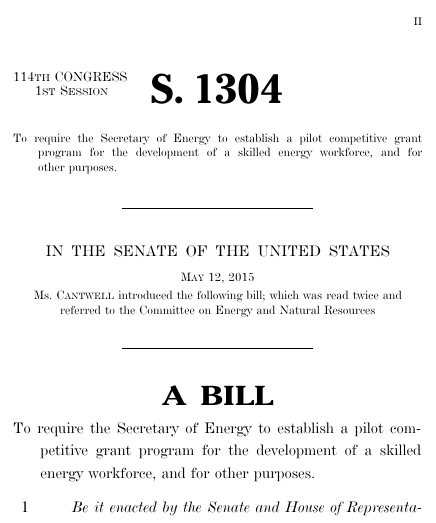 “Cantwell Legislation to Better Prepare the Workforce for New Opportunities in Energy Sector”
— Sen. Maria Cantwell [D-WA] (Sponsor) on May 18, 2015

“Cantwell Legislation to Better Prepare the Workforce for New Opportunities in Energy Sector”
— Sen. Maria Cantwell [D-WA] (Sponsor) on May 18, 2015

Bills numbers restart every two years. That means there are other bills with the number S. 1304. This is the one from the 114th Congress.