S. 1305 (114th): A bill to amend the Colorado River Storage Project Act to authorize the use of the active capacity of the Fontenelle Reservoir. 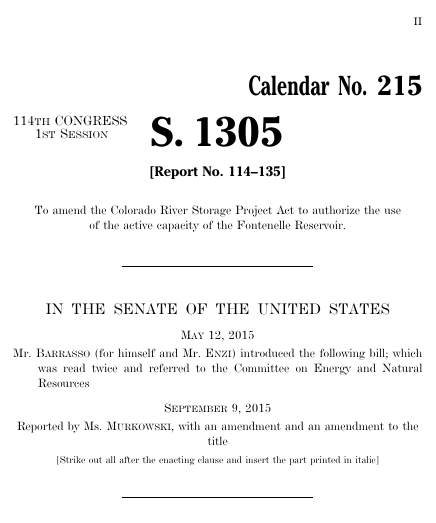 Bills numbers restart every two years. That means there are other bills with the number S. 1305. This is the one from the 114th Congress.

A bill to amend the Colorado River Storage Project Act to authorize the use of the active capacity of the Fontenelle Reservoir, S. 1305, 114th Cong. (2015).