S. 1308 (114th): A bill to amend chapter 44 of title 18, United States Code, to more comprehensively address the interstate transportation of firearms or ammunition. 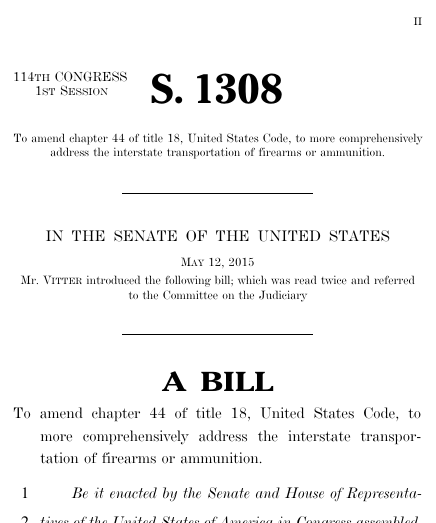 Bills numbers restart every two years. That means there are other bills with the number S. 1308. This is the one from the 114th Congress.