A bill to amend the Magnuson-Stevens Fishery Conservation and Management Act to add Rhode Island to the Mid-Atlantic Fishery Management Council. 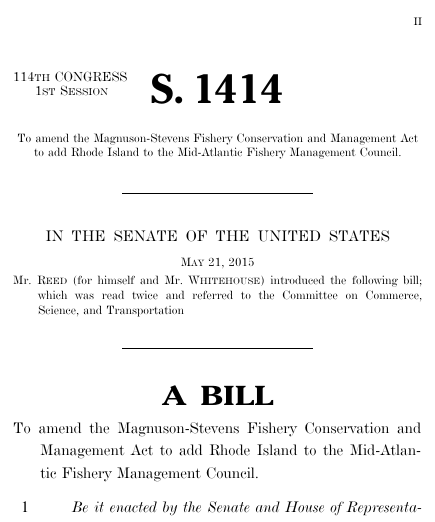 Bills numbers restart every two years. That means there are other bills with the number S. 1414. This is the one from the 114th Congress.