A bill to provide for the creation of a safe harbor for defendants in medical malpractice actions who demonstrate adherence to clinical practice guidelines. 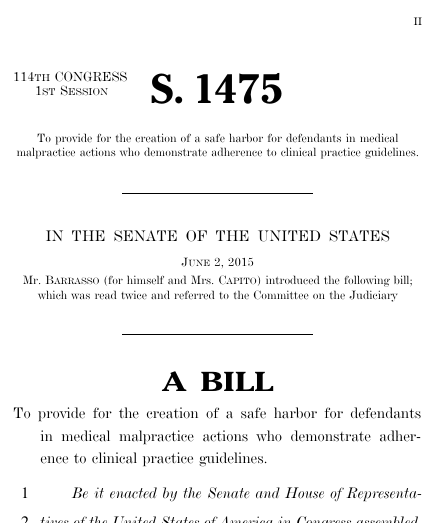 Bills numbers restart every two years. That means there are other bills with the number S. 1475. This is the one from the 114th Congress.