S. 1498 (114th): A bill to amend title 10, United States Code, to require that military working dogs be retired in the United States, and for other purposes. 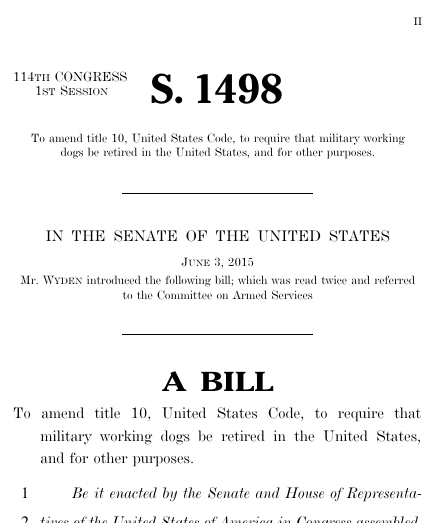 This bill was introduced on June 3, 2015, in a previous session of Congress, but was not enacted.