A bill to amend title XVIII of the Social Security Act to provide for the application of Medicare secondary payer rules to certain workers' compensation settlement agreements and qualified Medicare set-aside provisions. 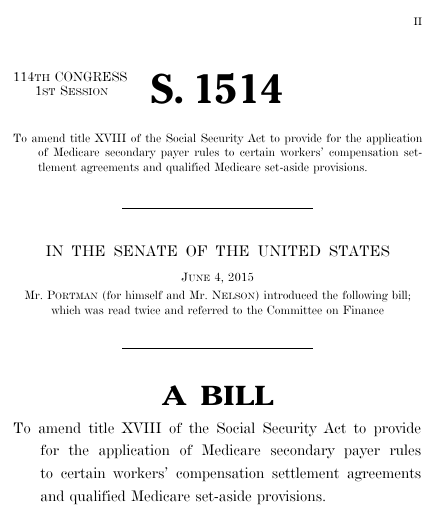 Bills numbers restart every two years. That means there are other bills with the number S. 1514. This is the one from the 114th Congress.