A bill to protect victims of domestic violence, sexual assault, stalking, and dating violence from emotional and psychological trauma caused by acts of violence or threats of violence against their pets. 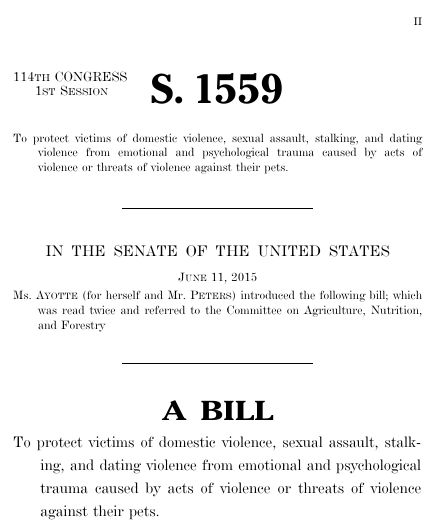 Bills numbers restart every two years. That means there are other bills with the number S. 1559. This is the one from the 114th Congress.