S. 1592 (114th): A bill to clarify the description of certain Federal land under the Northern Arizona Land Exchange and Verde River Basin Partnership Act of 2005 to include additional land in the Kaibab National Forest. 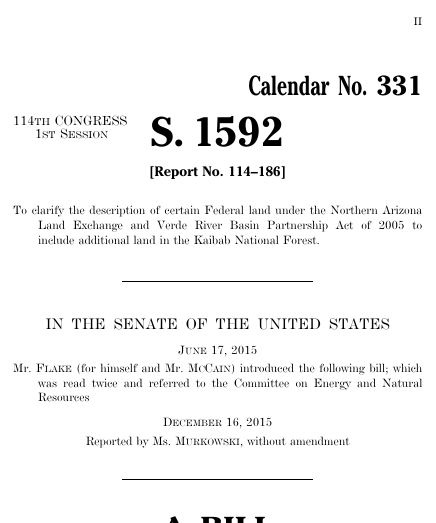 Bills numbers restart every two years. That means there are other bills with the number S. 1592. This is the one from the 114th Congress.

A bill to clarify the description of certain Federal land under the Northern Arizona Land Exchange and Verde River Basin Partnership Act of 2005 to include additional land in the Kaibab National Forest, S. 1592, 114th Cong. (2015).