A bill to amend the FAA Modernization and Reform Act of 2012 to make a technical correction relating to the amendments made by Public Law 113-243. 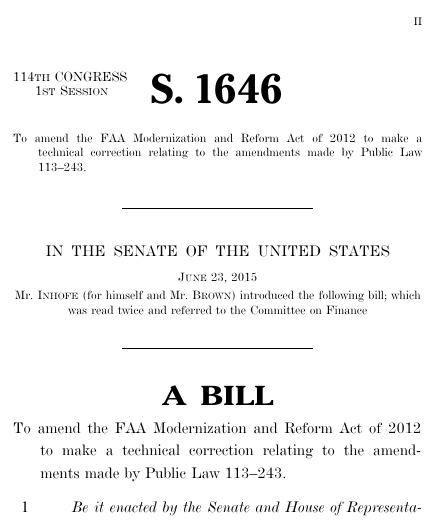 Bills numbers restart every two years. That means there are other bills with the number S. 1646. This is the one from the 114th Congress.