A bill to amend certain appropriations Acts to repeal the requirement directing the Administrator of General Services to sell Federal property and assets that support the operations of the Plum Island Animal Disease Center in Plum Island, New York, to provide for a report on the potential transfer of Plum Island, and for other purposes. 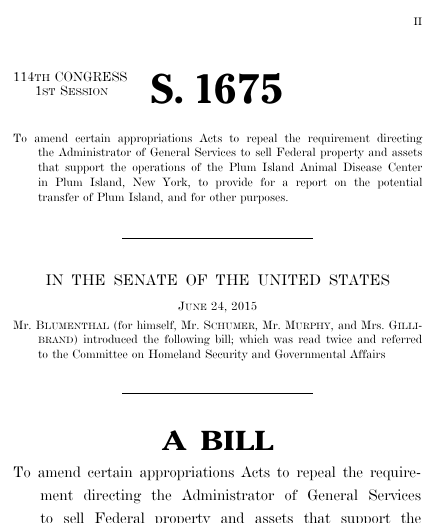 Bills numbers restart every two years. That means there are other bills with the number S. 1675. This is the one from the 114th Congress.