A bill to direct the Secretary of Defense to review the discharge characterization of former members of the Armed Forces who were discharged by reason of the sexual orientation of the member, and for other purposes. 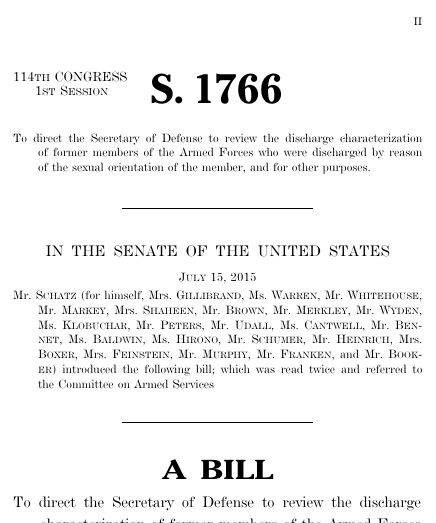 Bills numbers restart every two years. That means there are other bills with the number S. 1766. This is the one from the 114th Congress.