A bill to amend title XVIII of the Social Security Act to permit certain Medicare providers licensed in a State to provide telemedicine services to certain Medicare beneficiaries in a different State. 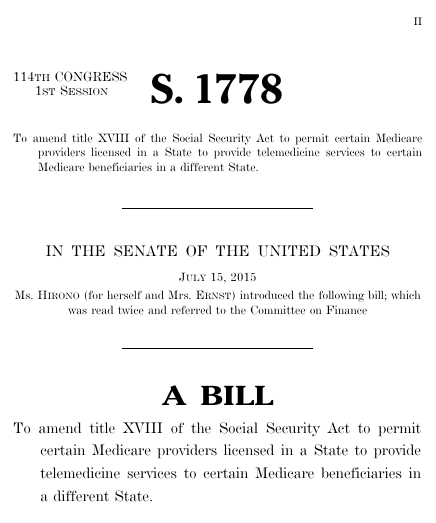 This bill was introduced on July 15, 2015, in a previous session of Congress, but was not enacted.