S. 1783 (114th): A bill to amend the Omnibus Public Land Management Act of 2009 to clarify a provision relating to the designation of a northern transportation route in Washington County, Utah. 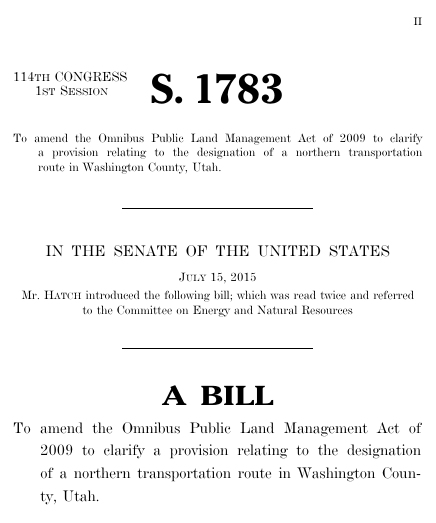 Bills numbers restart every two years. That means there are other bills with the number S. 1783. This is the one from the 114th Congress.

A bill to amend the Omnibus Public Land Management Act of 2009 to clarify a provision relating to the designation of a northern transportation route in Washington County, Utah, S. 1783, 114th Cong. (2015).