A bill to require the Administrator of the Small Business Administration to establish a program to make loans to certain businesses, homeowners, and renters affected by Superstorm Sandy. 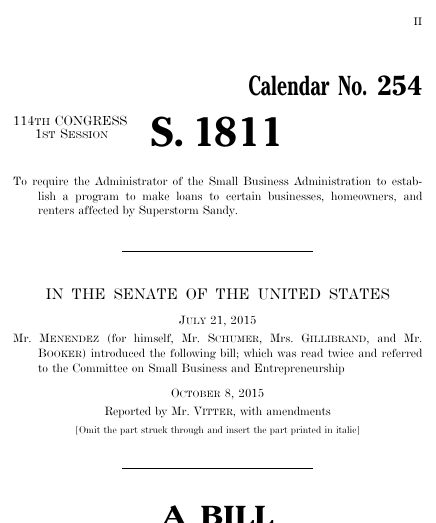 Bills numbers restart every two years. That means there are other bills with the number S. 1811. This is the one from the 114th Congress.