A bill to improve Federal network security and authorize and enhance an existing intrusion detection and prevention system for civilian Federal networks. 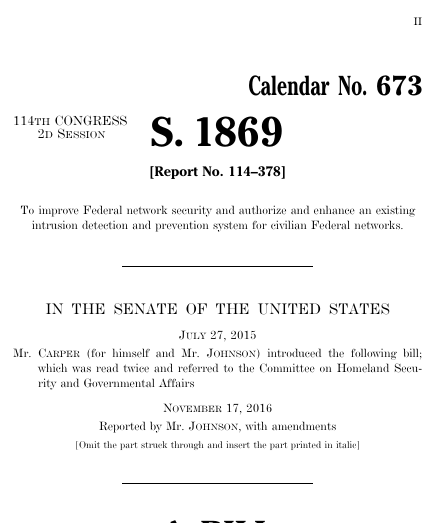 Bills numbers restart every two years. That means there are other bills with the number S. 1869. This is the one from the 114th Congress.