S. 2046 (114th): A bill to authorize the Federal Energy Regulatory Commission to issue an order continuing a stay of a hydroelectric license for the Mahoney Lake hydroelectric project in the State of Alaska, and for other purposes. 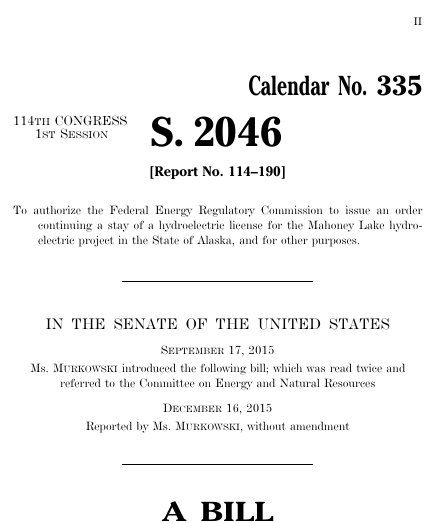 Bills numbers restart every two years. That means there are other bills with the number S. 2046. This is the one from the 114th Congress.

A bill to authorize the Federal Energy Regulatory Commission to issue an order continuing a stay of a hydroelectric license for the Mahoney Lake hydroelectric project in the State of Alaska, and for other purposes, S. 2046, 114th Cong. (2015).