A bill to amend the Higher Education Act of 1965 to improve the determination of cohort default rates and provide for enhanced civil penalties, to ensure personal liability of owners, officers, and executives of institutions of higher education, and for other purposes. 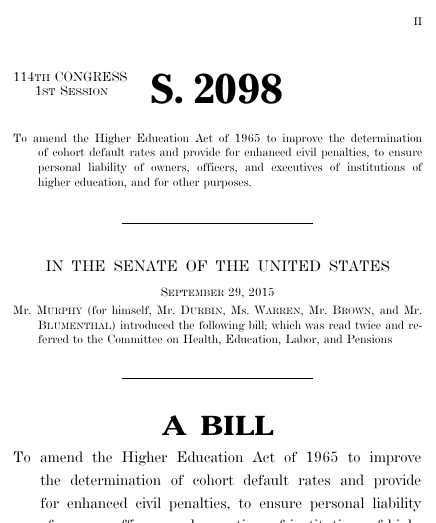 Bills numbers restart every two years. That means there are other bills with the number S. 2098. This is the one from the 114th Congress.