A bill to provide for the establishment of a mechanism to allow borrowers of Federal student loans to refinance their loans, to amend the Internal Revenue Code of 1986 to extend the exclusion for employer-provided educational assistance to employer payment of interest on certain refinanced student loans, and for other purposes. 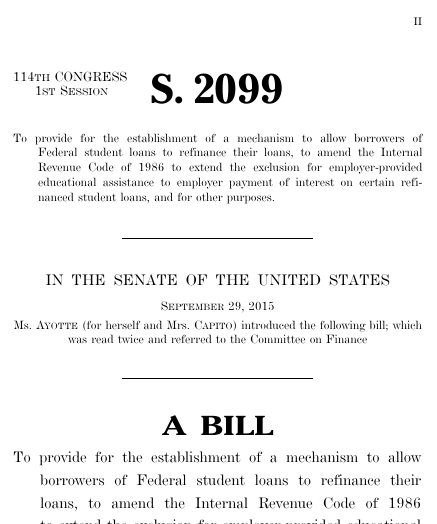 Bills numbers restart every two years. That means there are other bills with the number S. 2099. This is the one from the 114th Congress.