A bill to award a Congressional Gold Medal to the United States Army Dust Off crews of the Vietnam War, collectively, in recognition of their extraordinary heroism and life-saving actions in Vietnam. 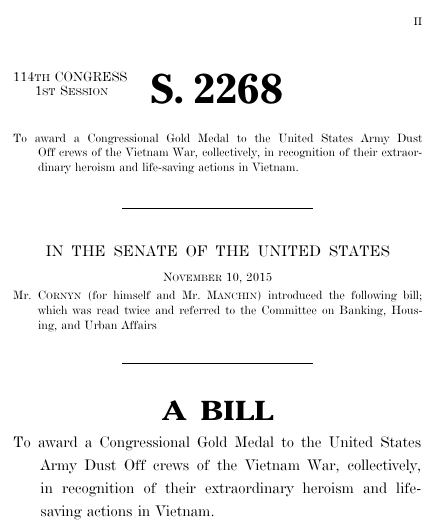 Bills numbers restart every two years. That means there are other bills with the number S. 2268. This is the one from the 114th Congress.