President Donald Trump vetoed two bills during the final month of his presidency. One attracted front page headlines. The other did not. Jan 11, 2021

A bill to amend titles XVIII and XIX of the Social Security Act to make improvements to payments for durable medical equipment under the Medicare and Medicaid programs. 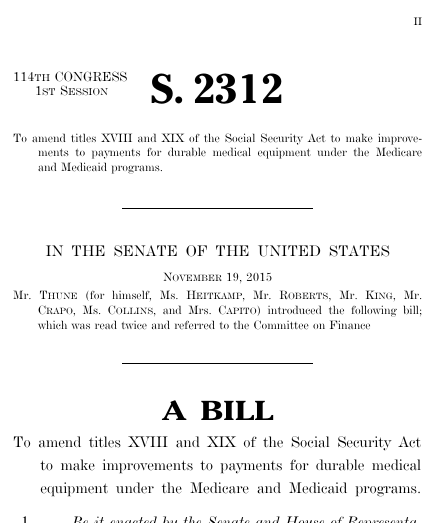 Bills numbers restart every two years. That means there are other bills with the number S. 2312. This is the one from the 114th Congress.