A bill to amend titles XVIII and XIX of the Social Security Act to improve payments for hospital outpatient department services and complex rehabilitation technology and to improve program integrity, and for other purposes. 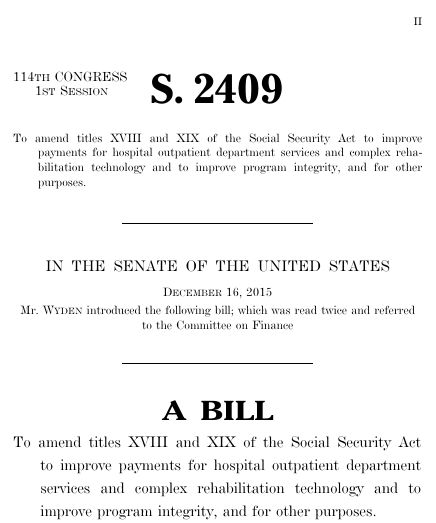 This bill was introduced on December 16, 2015, in a previous session of Congress, but was not enacted. Provisions of this bill were incorporated into other bills.