S. 2465 (114th): A bill to designate the facility of the United States Postal Service located at 15 Rochester Street in Bergen, New York, as the Barry G. Miller Post Office. 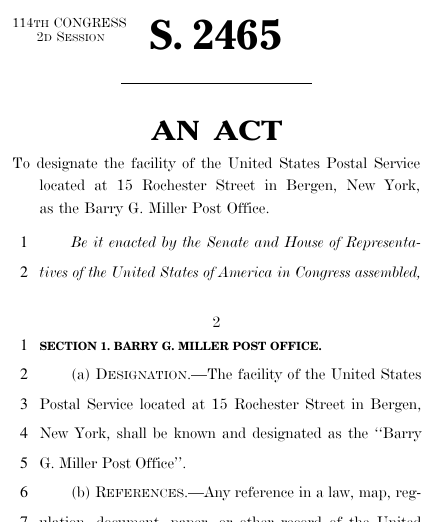 A bill to designate the facility of the United States Postal Service located at 15 Rochester Street in Bergen, New York, as the Barry G. Miller Post Office, S. 2465, 114th Cong. (2016).