A bill to insure adequate use and access to the existing Bolts Ditch headgate and ditch segment within the Holy Cross Wilderness in Eagle County, Colorado, and for other purposes. 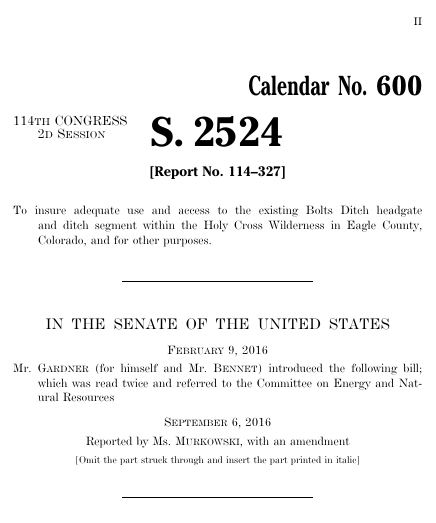 Bills numbers restart every two years. That means there are other bills with the number S. 2524. This is the one from the 114th Congress.