A bill to amend the William Wilberforce Trafficking Victims Protection Reauthorization Act of 2008 to provide expedited processing for unaccompanied alien children who are not victims of a severe form of trafficking in persons and who do not have a fear of returning to their country of nationality or last habitual residence, and for other purposes. 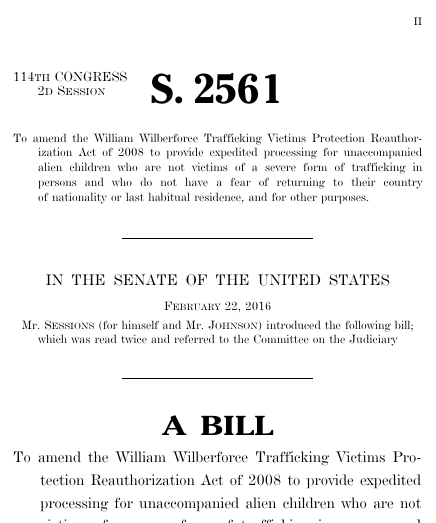 This bill was introduced on February 22, 2016, in a previous session of Congress, but it did not receive a vote.

Bills numbers restart every two years. That means there are other bills with the number S. 2561. This is the one from the 114th Congress.