A bill to provide grants to eligible entities to reduce lead in drinking water. 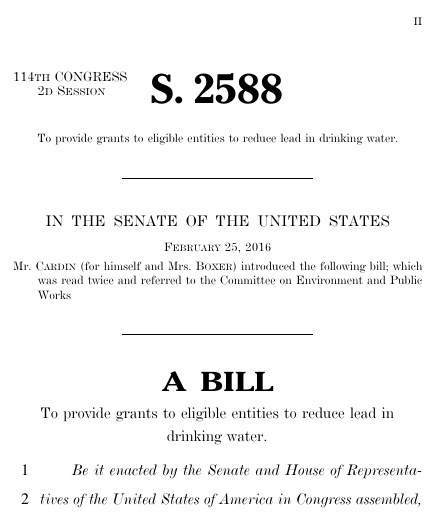