A bill to direct the NIH to intensify and coordinate fundamental, translational, and clinical research with respect to the understanding of pain, the discovery and development of therapies for chronic pain, and the development of alternatives to opioids for effective pain treatments. 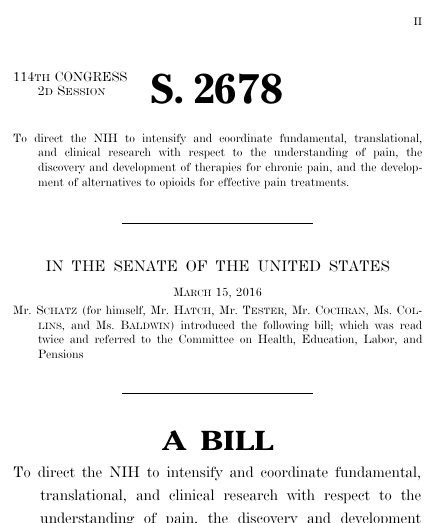 Bills numbers restart every two years. That means there are other bills with the number S. 2678. This is the one from the 114th Congress.