A bill to ensure America's law enforcement officers have access to lifesaving equipment needed to defend themselves and civilians from attacks by terrorists and violent criminals. 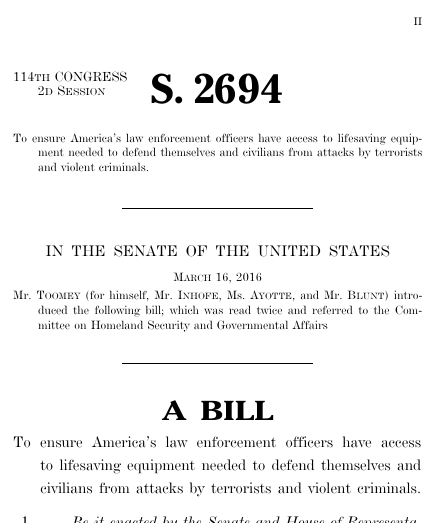 Bills numbers restart every two years. That means there are other bills with the number S. 2694. This is the one from the 114th Congress.