A bill to amend the Internal Revenue Code of 1986 to allow individuals with disabilities to save additional amounts in their ABLE accounts above the current annual maximum contribution if they work and earn income. 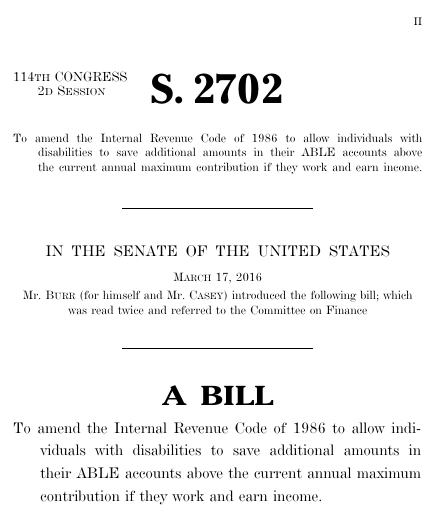 Bills numbers restart every two years. That means there are other bills with the number S. 2702. This is the one from the 114th Congress.