A bill to increase the participation of historically underrepresented demographic groups in science, technology, engineering, and mathematics education and industry. 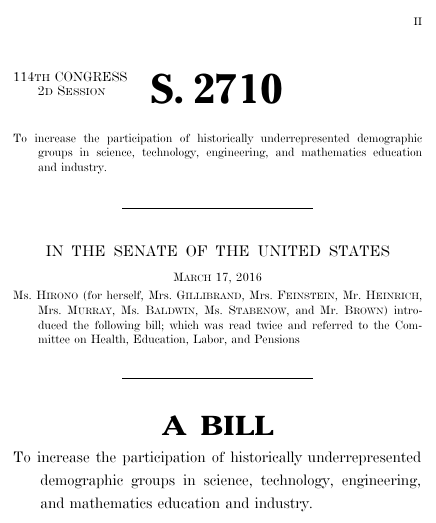 Bills numbers restart every two years. That means there are other bills with the number S. 2710. This is the one from the 114th Congress.