A bill to provide Capitol-flown flags to the immediate family of firefighters, law enforcement officers, members of rescue squads or ambulance crews, and public safety officers who are killed in the line of duty. 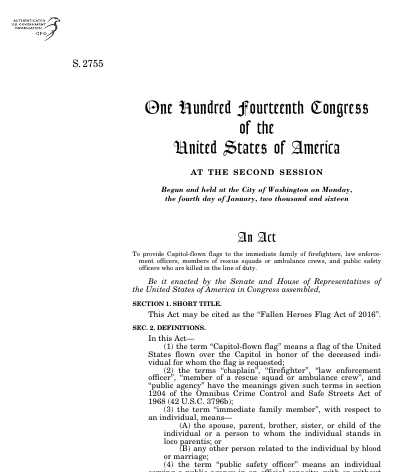 This bill was enacted after being signed by the President on May 16, 2016.

Bills numbers restart every two years. That means there are other bills with the number S. 2755. This is the one from the 114th Congress.