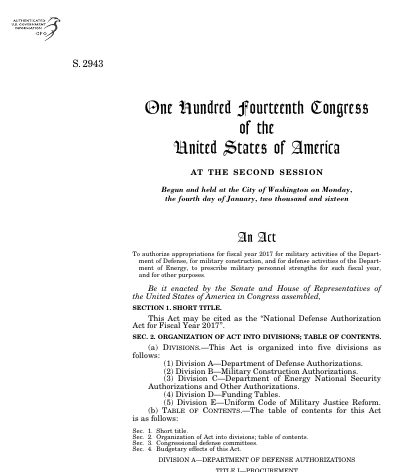 This bill was enacted after being signed by the President on December 23, 2016.

H.R. 4935: Stepping up for American Workers and Troops Act