A bill to amend parts B and E of title IV of the Social Security Act to invest in funding prevention and family services to help keep children safe and supported at home, to ensure that children in foster care are placed in the least restrictive, most family-like, and appropriate settings, and for other purposes. 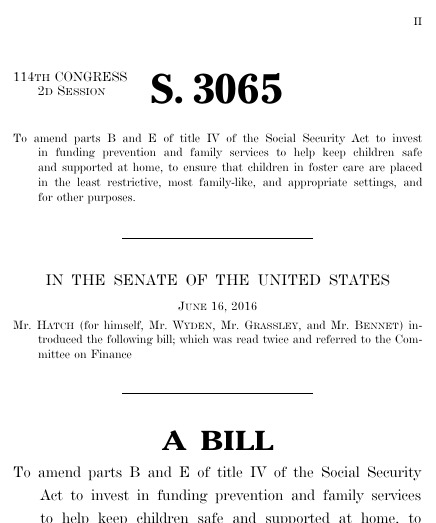 Bills numbers restart every two years. That means there are other bills with the number S. 3065. This is the one from the 114th Congress.